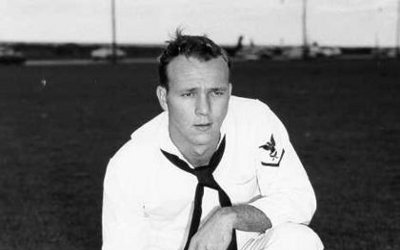 Nicknamed “The King”, Arnold Palmer is one of the greatest living golf legends. Besides having a brilliant golf career, Palmer also played a major role in popularisation of the sport and introducing golf to the People’s Republic of China.

Palmer was born in 1929 in Latrobe, Pennsylvania. He was introduced to golf by his father Milfred Palmer who was a greenskeeper at Latrobe Country Club. Thanks to golf scholarship, he studied at the Wake Forest University but dropped out after the death of a friend. He then enlisted in the US Coast Guard and served for three years. He, however, continued to play golf and after leaving the US Coast Guard, began playing competitive golf.

After winning the 1954 US Amateur Championship, Palmer decided to join the pro tour. One year later, he won the Canadian Open and soon established himself as one of the most successful and most popular golfers. He played an important role in making the sport a popular television event and by the end of the 1960s, he was a superstar.

Palmer’s professional golf career was propelled by the victory at the 1958 Masters Tournament. By 1964, he went on winning 6 more major championships:

During his most successful period between 1960 and 1963, he also won 29 of total 62 PGA Tour events (total 95 professional wins). In 1980, he joined the Senior PGA Tour (today’s Champions Tour) and helped popularise the tournament among both players and spectators. He retired from competitive golf in 2006.

Palmer and The Open Championship

In the 1950s, The Open Championship wasn’t particularly popular among American golfers and only a few travelled to Britain due to the long trip, considerably smaller prizes and different style of the course than in the United States. Palmer’s trips to Britain therefore attracted a lot of attention and many American golfers soon began to follow his example which helped secure The Open’s importance in professional golf. But Palmer’s trips and two victories at The Open also helped establish himself as a global, not only American superstar.

Since 1979, Arnold Palmer is also hosting the annual Arnold Palmer Invitational, one of five PGA events with the “invitational” status. The event is held every March at the Bay Hill Club and Lodge that is owned by Palmer since 1974.